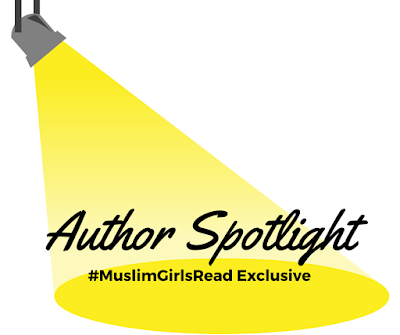 Have you heard of Fofky's Online Book and Coffee/Tea shop with a great selection of Muslim Fiction for adults and children? If you haven't, don't worry I'm here to put you on! Last summer I tested out the service owned by prolific Muslim Romance author and owner of Djarabi Kitabs Publishing,  Papatia Feauxzar

for you! For $25 I was able to get a brand new Muslim fiction novel (Tight Rope

by Sahar Abdulaziz) and an assortment of coffee, tea, and snacks to chomp on while I read! Can  we say Brilliant!!! I had to catch up with our dear sis. Papatia!

What is Fofky's and what does the name mean?

Fofky without an 's' is a nickname I earned while I was attending high school in an all girl tolerant Catholic establishment. The name is derived from my maiden name. A last name I have heard is very popular in Liberia even though I'm originally from the Ivory Coast where it's not that popular. Now, since, the bookstore is mine, I decided to call it Fofky's (Fof-keys) like people normally do with their restaurants. After all, Fofky's is a food and beverage business too.

Fofky's is for your average bookish and bookworm Muslim who wants a balanced dose of deen, entertainment, and tayyab eatery. Fofky's is also a support system to make Muslim works more visible. In other words, it's a small attempt to support many unsung talented Muslim writers.

3. What inspired you to start Fofky?

It's you actually! Masha'Allah. I read one of your post where you were very disappointed by the fact that many Muslim bookstores won't carry Muslim fiction or give the light of day to writers who aren't MESA (Middle Eastern and South Asians). I agreed with you and thought that this needs to change. I also thought: "I can make the difference I want to see." In Africa, they say, "if you think you're too small to make a change, then you have not spent a night with a mosquito." I always try to remember that proverb when I am obsessed with an issue I want to resolve. So that inspired me to take the risk and run with the idea. And alhamdullilah, I dealt with concession inventory at my first accounting job so that was a huge plus. I was meant to do this.

4. What are some of the services and products that you have?

Fofky's offers book rentals at a very affordable rate for readers who don't feel like buying a book but still want to read it. Fofky's also has curated boxes aimed at young adults readers, a Half-a-Deen box with a candle and chocolate for people seeking marriage, divorced, or already married but who need intimate advice, new-mom packages which include a Muslim greeting card along with some delicious teas and organic hot cocoas, nikah boxes with cookbooks and recipes, self-affirmations book packages, curated boxes for color enthusiasts, and Muslim homeschooling kits just to name a few.

5. How can the Muslims support you?

Muslims can help by spreading the word to those who they think will see value in the Fofky's business model. I mean not everybody reads. But if you're a Muslim out there who doesn't read but you know someone who is bookish, who is a bookworm, etc, please share Fofky's info with them. Ultimately, when clients come shop, they don't only support Fofky's, they also support the ummah writers. So by #buyandreadabookbyamuslim more money is injected back in the community, and we rise as one strong ummah.

6. Do you have plans to expand?

Yes, I plan to expand and put that business degree to good use! Haha! insha'Allah one day.

7. Besides selling books, how can Fofky's connect readers and authors?

Some Muslim authors have awesome stationary available like signed bookmarks, greeting cards, phone cases, pencils, notepads, backpacks, your typical bookish gear. Fofky's tries to acquire these from the authors directly or other sources like RedBubble and include them in the curated boxes the readers purchase. So authors need to have a great marketing strategy to allow Fofkys to facilitate the connection and bond between author and reader. I mean, normally a satisfied client will post pictures and tag the author. What author wouldn't like a new reader and free promo :) ?

8. Anything else that you want customers to know?

Fofky's is dedicated to support talented Muslim writers and offers easy to make refreshments that are free of high-fructose corn syrup. Let's iqra in style in a halal and tayyab way!

Posted by Author Umm Juwayriyah at 9:12 AM