In the world we live in today, making connections are easier online than in real life. Most of us don't know our neighborhoods' names. And admittedly, many of us don't care to know them either. One glance, one size up, or one head nod and we can tell that them folks across the way aren't our type of "people" nor our cup of tea! Sad, yes! But it's real. As a minority within a minority - with a hijab on, it's an everyday occurrence for Muslim women, especially Black Muslim women to be overlooked. But, you know what the elder down State Street and Main say: "You gon' learn today!" No, Black Muslim women didn't just make a come up, #Webeenhere (like, really, Black Muslim women were on  the slave ships sent to the colonies in the 1600's). Furthermore, with African American Muslims still the largest ethnic group of Muslims in the United States, you might want to at least wave at one, if they are your neighbors, - they might just be creating, filming, hooping, or solving cases you are interested in. Check these sisters out - and if you have a dope Muslim sister in your neighborhood, nominate her for our next go 'round! 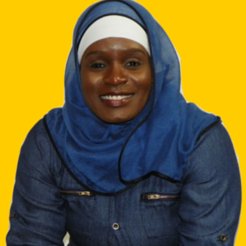 1. Mubarakah Ibrahim - (FitMuslimah) &  (ILoveBeanPie) owns multiple businesses, is a licensed fitness instructor and fitness educator/advocate in Connecticut that has been working for over 20 years to help women get healthy and stay healthy, especially in the Muslim community. I've known Mubarakah just about my whole life.  Mubarakah has been married over 20 years and is also a mother of four. 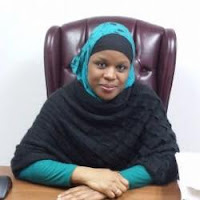 2. Iaesha Prime - ( Iesha Prime) Ieasha Prime is a traditonal Islamically trained educator, activist and public speaker.  She studied Arabic and Quran at the Fajr Institute followed by general Islamic studies in Cairo, Egypt.  After two years in Egypt, she moved to Hadramaut, Yemen and enrolled in Dar al Zahra, an Islamic University for Women. There she studied Aqeedah, Quran, Hadith, Arabic, Jurisprudence (Fiqh), Islamic law, Purification of the Heart and other religious related learning. 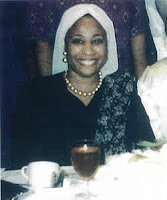 3. Zakiyyah Muhammad - Zakiyyah Muhammad is the founding director of the Institute of Muslim American Studies - IMAS, a non-profit organization established to research, analyze and disseminate scholarship on the Muslim American experience. Muhammad previously worked as director of education for Clara Muhammad Schools and has lectured and presented across the United States. A weekly contributor to Muslim Journal, she has published in Muslim Education Quarterly, Journal of Negro Education, Journal on Religion and Education, and the Encyclopedia of African American Education. 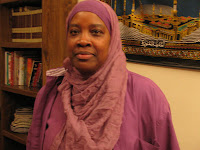 4. Asma Hanif - (Muslimat Al Nisaa).  In 2005, co-founder Asma Hanif recognized the need to  start a shelter program in Baltimore, Maryland geared towards battered Muslim women in that would be sensitive to their religious needs, dietary restrictions, and culture as well. Muslimat Al Nisaa was founded. Asma Hanif is also a nurse. 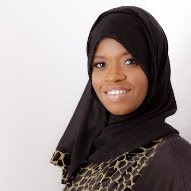 6. Kameelah Mumin Rashad - ( Muslim Wellness) Kameelah is the Founder and President of Muslim Wellness Foundation (MWF), she also serves as the Fellow for Spirituality, Wellness and Social Justice at the University of Pennsylvania (UPenn).Kameelah served three years as the Muslim Chaplain at UPenn and continues to facilitate discussions on religious identity development and challenges faced by American Muslim youth.  In addition to Kameelah’s involvement in mental health advocacy and religious life, she is a proud social justice activist. Kameelah is an advisory board member of Muslim Anti-Racism Collaborative (MuslimARC) and the Husayn Center for Social Justice,  a Muslim-run social services and advocacy center that promotes health and wellness for the residents of Trenton, NJ.

7. Jenny Triplet  - (RufusandJennyTriplett) One half the Muslim media power couple, Rufus-Jenny Triplet, sister Jenny (and her husband Rufus) is an author, business owner, and TV/radio hosts. Sister Jenny has appeared on CNN, TLC, HuffPost Live, and in print magazines such as Ebony and Redbook (along with her husband). 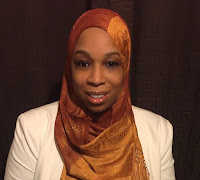 8. Tahirah Amatul-Wadud - (Attorney Tahirah) is a litigator licensed to practice in Massachusetts state and federal courts, as well as the federal court in the Northern District of New York. Her practice areas are civil rights and domestic relations law. She is general counsel for a New York Muslim congregation, regularly develops and chairs continuing education courses for legal professionals and members of the non-legal community, sits on a panel for her local bar association, and has served on boards for Western Massachusetts non-profit organizations. Ms. Amatul-Wadud is also an appointed volunteer commissioner for the Massachusetts Commission on the Status of Women. 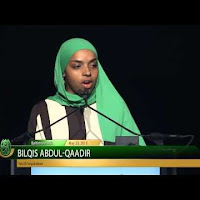 9. Bilqis Abdul-Qaadir - (Muslim Girls Hoop Too) Bilqis Abdul-Qaadir is a young Muslim woman who lives in Springfield, Massachusetts. Bilqis has loved playing on the court ever since she was a little girl. She is a graduate of New Leadership Charter School. Following her high school career, Bilqis attended Memphis and Indiana State University, graduating from the University of Memphis with a Master's Degree in coaching. 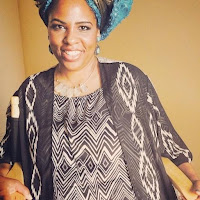 10. Latifa Ali - Roxbury Community College alum, community activist and Boston, Mass native Latifa Ali works hard to bring the community together for healing, understanding, and knowledge with an original plays about the history of Black legends and Muslims.