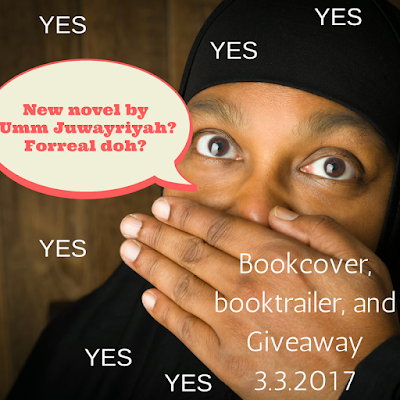 The behind the scenes for this book have been absolutely bananas but I feel blessed as always to have written a book that is representative of Urban Islamic Fiction! I finally have dates, Alhamduleelah! And that means it is time to drop the book cover, the book trailer --- and give away some goodies! March 3rd 2017 I am going live on Facebook to chat about everything and tell you how you can get some cool books and other items in this giveaway. Stick and Stay -- Share this with your sisters and brothers. They'll want in too. Amazon.com - Read eBooks using the FREE Kindle Reading App on Most Devices

Posted by Author Umm Juwayriyah at 5:37 AM No comments: 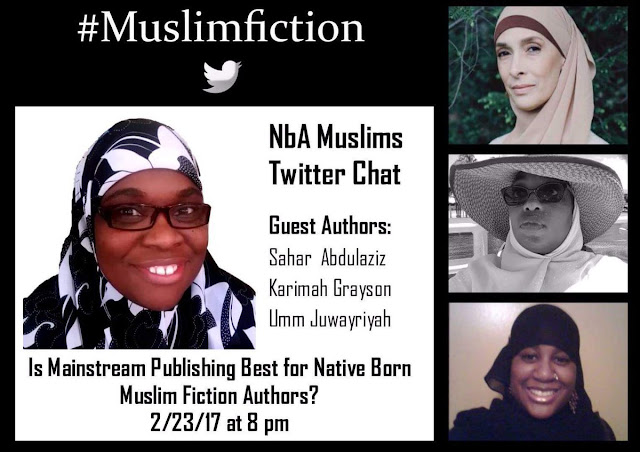 Posted by Author Umm Juwayriyah at 3:21 PM No comments:

15 Black Muslim Poets You Should Know 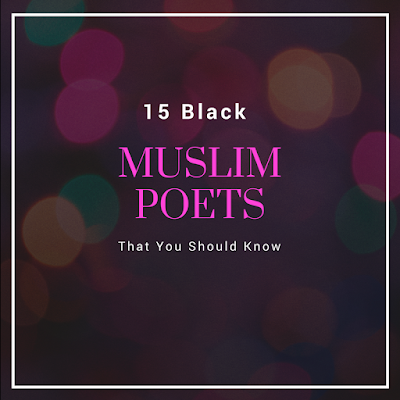 Have you seen those  "Best of" list or "Get to know" list that are constantly put out by well intended non Muslim publications  websites serving up the type of Muslims that they want other Muslims and non-Muslims to  be impressed with or follow/buy from/support, etc as the next big thing? Yeah, I am not too cool with selection or representation that is chosen from outside of the community. Don't get me wrong now,  I love supporting and cheering on Muslims who have earned acclaim.  You will often see me using my own platforms to push other Muslim writers/artists/filmmakers because support is needed and is important to give. However, I truly believe that it's important that any Muslims who are looking for the community's support - should also support the Muslim community! If you're a Muslim artist and your only fans are outside of the Muslim community, something is a little off with the tea. No, a Muslim artist's work doesn't have to be solely attached to or rooted in  Islam or in Muslims to be valuable or noteworthy.  Buut, we should see you in the community, helping the community, praying in the community, building in some meaningful way with the Muslim community that you want to support you in return.

No, it's not too much to ask for Muslim artists to lend a hand - however they can, whenever they can. Many Muslim artists are doing just that and they still manage to put out dope works, stay fresh,  and make connections across platforms and demographics. They don't forget us, even as they shine! Which is why I choose these 15* Plus*  Black Muslim Poets/Artists that you SHOULD know and SUPPORT because they put in the work in and outside of our community:

1. Najmah 53 -  Nicole Najmah Abraham (www.najmah53.com) is 1 hard-working sister. A native of Brooklyn, NY, she is a mother, a spoken word artist, a business owner, a photographer, a youth worker, a radio host, and motivational speaker. She is always making moves in the community and beyond! Check her out.

3. Amir Sulaiman (www.amirsulaiman.com) is a poet, recording artist, Harvard Fellow, actor, screen writer and producer born in Rochester, New York. His poems cross subjects of love, tragedy as well as what it means to reconcile humanity with the unprecedented trials of modernity. The Jalaluddin Ar Rumi of our generation - his poems are master classes not just in writing, but in emotion, activism, love, faith and sight! I could on, he does so much ....blessed to have shared the same stage and opened for him at Mount Holyoke College.


4. Ibrahim Jaaber (http://gijaaber.com) is a third generation American Born Muslim, a graduate from the University of Pennsylvania, a basketball player, spoken word artist, published author, a husband, a father and the Founder & President of Color Me Muslim which is an identity based organization that focuses on the advancement of Muslim Youth. He puts in a lot for the community and is always willing to give back!

5. Asmaa "Bee True" Watts is born Muslim American poet and spoken word artist, business owner, and mother originally from Philadelphia, PA currently residing in Houston, TX. I had opportunity to see the sister perform in person last year and she was phenomenal!

7. Aginah Monique & Khadijah - sisters, by blood and faith, they are teachers, community workers, mothers, always smiling, giving and helping. I've seen them perform live in Boston and the chemistry is wonderful.


8. Tyson Amir (tysonamir.com) from the Bay, he is a published poet, a rapper, and an educator that has been putting in work over a decade. His book, Black Poems, on October 15th, 2016 to commemorate the 50th anniversary of the Black Panther Party.


9. Bonaa Muhammad (boonaa.com) is a Canadian poet that has been called the voice of our generation. Reppin' Canada, Boona is spoken word artist, motivational speaker, TedEX speaker, youth worker and a community activist. In the last five years, Boona has been every where blending Islamic history and poetry and hip hop seamlessly. There is probably not a week that goes by that I don't use something by Boona in my classroom.....


10. The Legendary  Wilmore Minkah Sadiki (www.sadikimusic.com) - I had to do it! I had to put  our elder on the list because brother Sadiki has been writing and singing poems for Allah my entire life and he is STILL going, Alhamduleelah! If you were born Muslim in the United States in the 70's or 80's - you had his cassette tape or your parents had a record or two by him or you borrowed his tapes from somebody and dubbed it! Brother Sadiki taught us how to spell Allah (Capital A.L.L.A.H - Alhamduleelah!) and that one day the "Muslim Child" will shape the world. He taught us that: "Allah did" and that being "Covered all over" was beautiful and that everything that we as Muslims go  through  is because "It's Him" and He is worth it. *Honorary!*


11. Alia Gabres ( creativeummah.com/alia-gabres) is a Melbourne based Poet and Storyteller. As Creative Producer in Arts Programming at the Footscray Arts Centre and also Undertaking Victorian College of the Arts Masters research, her main interest is in using arts practice as a site for knowledge generation and cultural transmission. She was part of the Global Poetics Tour 2011 with New York slam champions Mohagany Brown and others.

12. Poetic Pilgrimage (poeticpilgrimage.co.uk) is a female Hip Hop and spoken word duo from London who express the world as they see it through the art of rhyme for over a decade. These sisters have had such amazing careers and they always with a new project supporting the Muslims worldwide. Much respect.

13. Brother Dash
Brother Dash is an Author and Poet. He has been featured on BBC World Television, BBC Radio, Al-Arabiya, The Islam Channel and a variety of other media outlets in the U.S., Canada, England, Africa, and The Middle East. He is the author of the novel, The Donor: When Conception Meets Deception, a play (Black Mirrors), has released three spoken word albums, performed throughout the US, the UK and Canada and is currently working on a second novel and his first series of non-fiction books. He is a graduate of Rutgers University with a degree in English and Sociology and resides in New Jersey.

15. Miss Undastood - Brooklyn's finest and one of the first Muslima MC's, mother, youth worker, and independent artist. This sister has been hustling for over 15 years spreading her words and uplifting her sisters. I remember when I called her up for an sisters' Eid event in Western Mass and through a -----blizzard-- she showed up and entertained and shared a different


Posted by Author Umm Juwayriyah at 10:06 AM No comments: